Top Ten Wonderful Inventions With The Most Bizarre Secrets 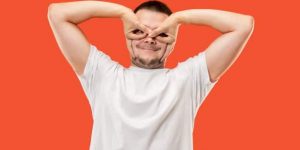 Technology is growing even faster than ever in 21st Century. We are so much in love with it that we cannot imagine life without technology – maybe because of how inevitable they seem.

A critical look will show that over the years, every advance in technology has always related to one advanced health risk or another. Hence this study intends to reveal top ten incredible inventions, yet with the most bizarre effects to wellbeing.

These inventions help us in many ways, “Yes!”, but to avoid overdo may help prevent or (at least) reduce their potential threat to health.

How about the inventions you can never think of dealing without?

A view from the other side – a computer is the fulfillment of the Christian scripture and a coded sign of end time.

The word ‘COMPUTER’ has the numeral letters of

And he shall make all, both little and great, rich and poor, freemen and bondmen, to have a character in their right hand, or on their foreheads. And that no man might buy or sell, but he that hath the character, or the name of the beast, or the number of his name. Here is wisdom. He that hath understanding let him count the number of the beast.

Keep yours safe, maybe soon it will be minimized to fit on your lovely forehead.

P.S: If you are receiving that dirty cash, still check whether you are buying some sort of dumb bacteria from your customer in return.

Blue lighting is the most preferably used light in show scenes. Owing to the credit that: it boosts attention, mood, and feelings. Nothing goes for free right? There is always a price to pay!’ (at least in most cases).

Research has shown a strong link, between blue lights, and the risk of cancer.

While any other kind of light reduces the secretion of melatonin (a hormone in the brain, responsible for sleep and wake cycles), blue lights, do more of the job.

Researchers at Harvard University experimented on the effects of 6.5 hours of exposure to blue light, to that of green light.

At a comparable brightness, blue light suppressed twice, the melatonin secretion, of what the green light did [3].

The sickening news is, they are almost available in any type of light.

Touchscreen invention was not at all, a bad innovation. The basic fact that touchscreen devices increase the possibility of information sharing, boosted interaction and easy access to knowledge are really enticing – it is very credible and deserves a resounding credit. In the same way, addiction to them may be disastrous.

A study found that it is virtually difficult to maintain a “Proper Posture and Position”, during the use of handheld touchscreen devices.

This difficulty to maintain good posture impairs the health of the spine.

A research by Kenneth Hansraj, the Managing Director and Chief of spine surgery, Surgical Technology International, at New York, found that, the weight seen by the spine increases at a higher percentage, when the head is being flexed forward at varying degrees.

The loss of the natural curve of the cervical spine leads to early wear, tear, degeneration and possibly, ‘surgery’ [4].

Soooh annoying to hear. Continuous tilting over your smartphone, may not only strain the eyes but lead to poor posture for an entire lifetime.

Have you spared a minute, just to think why you bask in all your ice cream so easily? The free-sugar it is filled with helps that. And that is enough to get you obese.

A research at Cambridge, Arizona, and Reading Universities, found a relationship between – high sugar consumption and obesity.

The sugar intake of 1,700 participants was measured, employing; self-reported consumption and testing for sugar levels in urine samples’ methods.

After three years of the experiment, the Body Mass Index (BMI) of the participants who were found to have consumed the most sugar, (as measured with the urine text) were 54% more likely to be overweight than those who consumed lesser, who were 44% less likely to be obsessed [5].

Artificial lights are good in illuminating dark corners of our houses, not so good in all aspects though. Just like fire (the good messenger but bad …) they could be a challenge to health sometimes.

Research at Leiden University Medical Center, Netherlands, on a group of selected mice, proves this.

After placing the mice under a steady artificial light supply for a period of six months, the mice were examined. They were found to be suffering from loss of muscle (muscle atrophy), extreme fragile bones (a medical condition in which the bones become brittle and fragile from loss of tissue), and weak immune system.

That which affected the mouse, is likely to affect humanity negatively.

The use of artificial light in modern society is a risk factor for frailty [6].

Did you also know, that “you” may be facing some degree of health risks?

While a study found that, people who spend more than two hours on social media, are likely to face mental related illness(es); an average American, spends, roughly 9 hours every blessed day of the week on social platforms.

“The potentially harmful effects of addiction to social media have unfavorable consequences, especially for young adults, who are the most active users of social media sites.

A mental health problem developed in young adulthood can plague a person throughout their lifespan [7].

Consistent use of headphones at high volumes could cause deafness, a research founds.

A study was conducted on selected 189 high school students, who had the habit of listening to songs, with their earphones. The research was conducted to examine the sound level and duration of use of personal listening devices; based on the type of devices and duration per day and /week.

This exceeded use of the recommended sound exposure limits, increased risk for noise-induced hearing loss, and a higher possibility of deafness [8].

Because of the sedentary behavior related to it, an office is one of the comfortable places that kills indirectly.

The office, with specific duties attached to it, requires you to: ‘sit and work’.

Even after 24 hours, sit dumb on that chair, sit-up to your computer screen and just continue working, and it will always be happy with you.

A study shows that two hours sitting, drastically reduces the cognitive ability of the human brain and could cause brain damage.

Researchers at International Society for Cerebral Blood Flow and Metabolism, conducted a research on 892 participants, aging from 60 to 91 years. The research was conducted to investigate whether diminished CBF (Cerebral Blood Flow) is associated with specific domains of cognitive function; independent of brain volume.

As the result, participants with lower tCBF (Total Cerebral Blood Flow) were associated with worse performance on tests of information-processing speed, executive function, and global cognition [9].

This is because, when your body is sedentary for too long, your brain gets less fresh blood and oxygen, which it uses to trigger the release of the brain and mood-enhancing chemicals.

Now that you know, stand up from that sit, walk around, jump; JUST TO SAVE YOUR LIFE.

These overkill in films and TV shows, gradually, have erased consciousness and the friendly feelings man had for another.

Researchers at Virginia Tech and the University of Alabama studied a group of students, exhibiting various behavior types. Participants were exposed to violent movies over four consecutive days – different movie on each day.

After viewing these movies, the participants developed hostile behaviors. They responded negatively to issues that do not require violence to resolve.

After comparing the results, researchers concluded that there are hostile effects of violent movies on their prospective viewers. These behaviors are not short-lived but remain for sometimes after viewing.

If we make some substitutions to violent films with entertaining movies like “Mr. Bean”, we may only share from his stu..pi.ty, but reassuring happiness with mim smiles afterward, is sure!

What Do You Think?

How to Lose Weight Faster: Dieting and Workouts to Grab Physique
Reseller Hosting or Affiliate Marketing: Which Should You Start In 2021
How To Use MT5 Professionally - PC & Mobile (From Scratch)
Menu